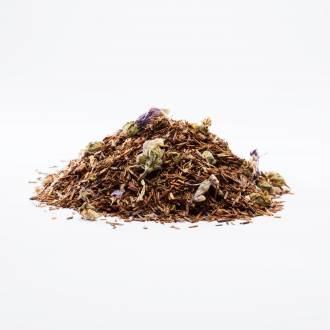 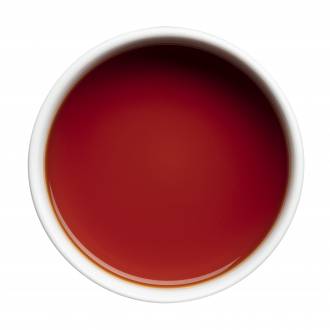 Rooibos is the popular national drink in South Africa and is also known as "red tea". Calling it tea, however, is a bit misleading, as Rooibos does not contain tea from the tea plant Camilia Sinensis as we know it from black and green tea, but comes from the South African plant Rooibos.

The Rooibos plant has green leaves, but during the fermentation, where only spring water and the strong African sun are used, the leaves turn red.

In this organic variant, we have chosen to combine Rooibos with cinnamon pieces, African blue cotton flowers and plum.

The taste is spicy and fresh with ginger and notes of licorice and cinnamon. Rooibos contains no caffeine or tannic acid, is aromatic and rich in vitamin C, as well as iron and potassium.

In order to maintain the health-promoting substances in Rooibos tea, and not least to achieve the best taste, an infusion time of 6-8 minutes is recommended. using 85 degrees hot water.

More tea from the same shelf

Rooibos tea has become very popular, among other things. because it is free of caffeine and tannins. You can therefore find a large selection of Rooibos teas in our range. Rooibos Cinnamon/Plum tea
Selection total price: €
Cart quantity:
Cart total: €
Go to cart
We use cookies to improve your online experience. By continuing to use our website we assume you are happy to allow the use of these cookies. Close